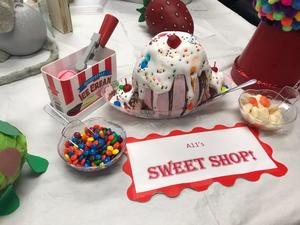 Fall fever is well underway at the Early Childhood Learning Center in Ronkonkoma. What better way to bring staff together but to have Pumpkin Wars?

On October 9th, 2018, staff gathered to hear about the new contest, form teams and pick up their pumpkin.  Stop and Shop in West Babylon was happy to donate 36 pumpkins for the event.  Each team was given ten days to create their masterpiece for the big reveal. On October 19th, each team displayed their creation in the staff lounge and employees had the chance to cast their vote, Tara Borner, Educational Behavior Specialist at the Early Childhood Program, organized this creative and fun event shared “they were all so good, it was difficult to pick just one.”

The entries were spectacular and even featured the school’s mascot, Tucker the Turtle.  Although the competition was fierce, three pumpkins teams prevailed as winners:

3rd Place - Lady in the Tub

After the voting was over the pumpkins were then used for display at our Family Fall night later that day.  The children and their families were able to view the pumpkins as part of the event.

Tara Borner added, “Overall it was a great experience. It really helped build morale and excitement in the building. Everyone that participated seemed to enjoy it, and the staff was excited to see all of the pumpkins. So much so, planning for Gingerbread Wars in December is well underway.”