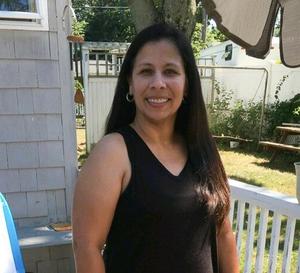 At the close of Women’s History Month in March, we decided that because so many talented women are making history right here at DDI every day, we would honor a year-long celebration of Women of Excellence at DDI. Jacqueline “Jackie” Ocasio was invited by a friend to apply as a Chaperone at “DDI Enterprise,” which many years ago was a subsidiary of DDI.  Since then, Jackie has worked on the eastern-most area of DDI’s Transportation route in West Hampton.  Though she began her career at DDI as a Chaperone, Jackie is now a Driver as well as a per diem Direct Support Professional (DSP) working primarily at the German Boulevard residence.

Jackie has loved her experience at DDI.  She has worked in several different departments and has learned so much, both professionally and personally, from the various supervisors and co-workers that she has worked with. Jackie especially loves working with the people we support on the various van runs and in the houses.

When asked how she contributes to DDI’s mission, Jackie said, “My contribution to DDI’s mission is through my compassion and ability to assist the individuals we support in their personal growth and helping them achieve their goals.” Jackie’s favorite part of her job is when she discovers what the individuals are interested in doing in the community and taking them to experience that activity.  Jackie loves being able to watch them enjoy their outing knowing that she was a part of bringing them that joy.

Jackie believes that to be a “Woman of Excellence at DDI,” it is important to be very dedicated when it comes to your career.  Jackie says, “I feel it is important to do the best you can, not only for yourself and your job at DDI, but also for the individuals DDI supports every day to make their lives the best that they can be.”