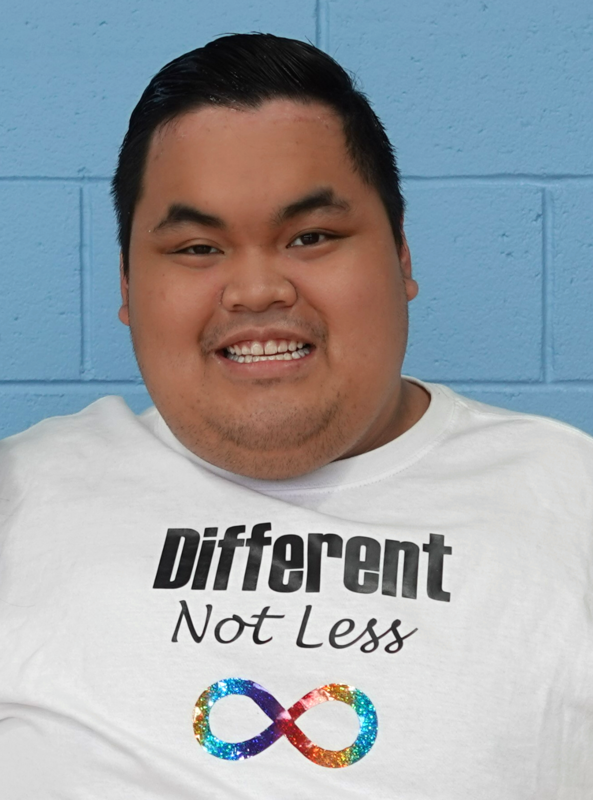 Today is World Autism Acceptance Day, a time to promote individuality and inclusion while celebrating differences. It is through our differences that we find our true selves and the abilities that make us unique.

We are proud to share the story of James Guiquin, a student at our Children’s Day Program in Smithtown, whose talents are earning him a great deal of recognition and success.

When he first arrived at DDI’s Children’s Day Program in 2017, James’ primary means of communication was through a dry erase board. Today, James boasts an impressive spoken vocabulary and is quick to tell you just what he wants and what he likes.

Thanks to his teachers and, in particular, his Behavior Specialist, Erica Harris, James has found his calling in the arts. Erica encouraged James by using his individual preferences to build a person-centered curriculum he could call his own. Tailored to his crafting, sewing and costuming skills, which he acquired from his mother, James and Erica have created a small in-school business with a loyal customer following. With some assistance, James designs and produces clothing and accessories to be sold within his program. “It is our ultimate goal for James to open an Etsy shop and sell his handmade items to the public as a paid profession,” said Erica. From their shared eclectic music tastes to their love of crafting, Erica and James have forged a very strong bond. They are like two special peas in a pod, and this relationship has helped James to thrive in his element. His ability to take part in vocational activities that he enjoys has had a very positive impact. James takes great pride in his accomplishments and creations, especially because he knows that his hard work pays off in highly reinforcing ways.

James is growing as a student, as a creator and as a person. We are incredibly proud of his achievements and so excited for his bright future.