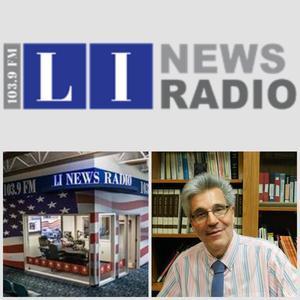 Keeping an eye on autism and giving a voice to its Long Island community.

“I think that is what film and art and music do; they can work as a map of sorts for your feelings.” ― Bruce Springsteen

“It is only when memory is filtered through imagination that the films we make will have real depth.” ― Louis Malle

“People love a seer, until he starts to look beyond them.” ― Jim Ridley

“If a picture is worth a thousand words then, film is immeasurable speech.”
― Chinyerim Alizor

Films of any genre, from documentary to drama, can have a dramatic impact on real life. It is more than likely that you’ve seen at least one film that has changed the landscape of our popular culture, as well as your experience of it. Tomorrow’s show examines the many forms and concepts of cinema to shed light on the strategic techniques used to communicate ideas and achieve psychological effects through film.

Join the conversation as we explore the enormity of cinema. We will also introduce DDI’s Fall movie line up, which begins next Tuesday (9/24) with the award-winning ‘Autism in Love’. Showtime is at 7 pm (sharp) on DDI’s Hollywood Drive campus, located at 99 Hollywood Drive in Smithtown.

Heard every Saturday at 10:00 am on LI News Radio 103.9, ‘DDI on Autism ‘is a 30-minute show that shares and explores all relevant issues related to Autism Spectrum Disorder (ASD). It is dedicated to the thousands of people on Long Island who live and work with the condition on a daily basis.

Dr. Michael Romas is a licensed clinical psychologist who has been involved in the support and treatment of persons with developmental disabilities for more than 30 years. His diverse experience brings a unique perspective from multiple domains inclusive of treatment education options.

Explore early childhood issues, planning for adulthood, school and community opportunities, and the many general issues that can help guide and facilitate an understanding of ASD diagnosis and its many implications for Long Islanders.

Missed one of our shows?

Listen to our past programs on our SoundCloud here: https://soundcloud.com/jvcbroadcasting/sets/ddi-keeping-an-eye-on-autism